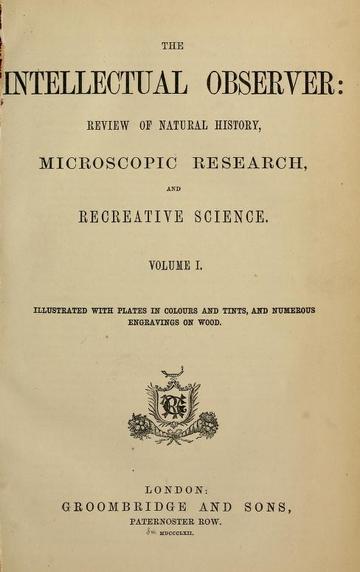 The Intellectual Observer was a reconfigured version of the discontinued Recreative Science, but as its title suggests, it was aimed at an expanded audience that included those who wanted a little more than amusement alone. As a 'Review' of natural history, the periodical aimed to keep its readers abreast of the latest research in the field. The first issue began with a retrospect of the previous year (1861), detailing the various scientific advances and events in each branch of knowledge such as chemistry, geology, and astronomy.

Upon opening a volume of the Intellectual Observer, the most striking difference from its predecessor (and many other contemporary science periodicals) is the inclusion of a single coloured illustration. Printing in colour was much more expensive, and most periodicals kept production costs down by only using black and white, though this cost-cutting limited how useful such illustrations could be in showing the kind of details required for detailed scientific observation. The publishers of the Intellectual Observer clearly felt the additional expense was necessary if their periodical was going to provide its readers with the necessary understanding of the subjects described in the text. The meticulous and delicate image that greeted readers of the first issue shows the internal structure of a parasitic fluke, Amphistoma conicum, commonly found in the stomachs of oxen, sheep, and deer. The fluke depicted here had been injected with pigments to highlight different aspects of its anatomy, a difficult process that the author believed only himself and a French zoologist had succeeded in so doing. Unlike the contents of Recreative Science, there is less focus on work that could be undertaken by those without specialist knowledge or equipment. It is unlikely that many readers would have the requisite skill, expertise, and opportunity to conduct an examination of the flukes for themselves, as dissecting a sheep's bowels in search of parasites was considerably less practicable (and far messier) than looking for microscopic creatures in a drop of seawater. 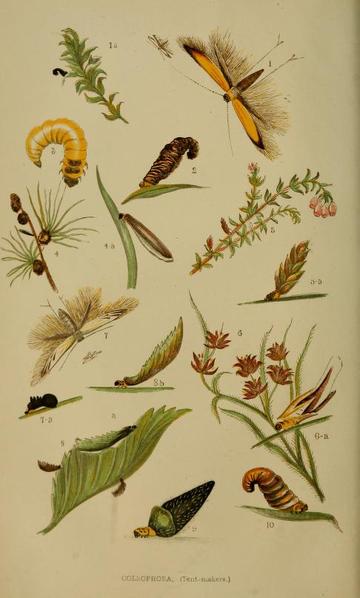 The Intellectual Observer was more long-lived than Recreative Science, but only marginally so, lasting six years before it ceased publication. The higher production costs would have required a large and dedicated readership to make it commercially viable, and it seems likely that financial considerations were a significant factor in its demise (as was the case with most periodicals).