Science, Medicine and Culture in the Nineteenth Century Seminars in Michaelmas Term 2018 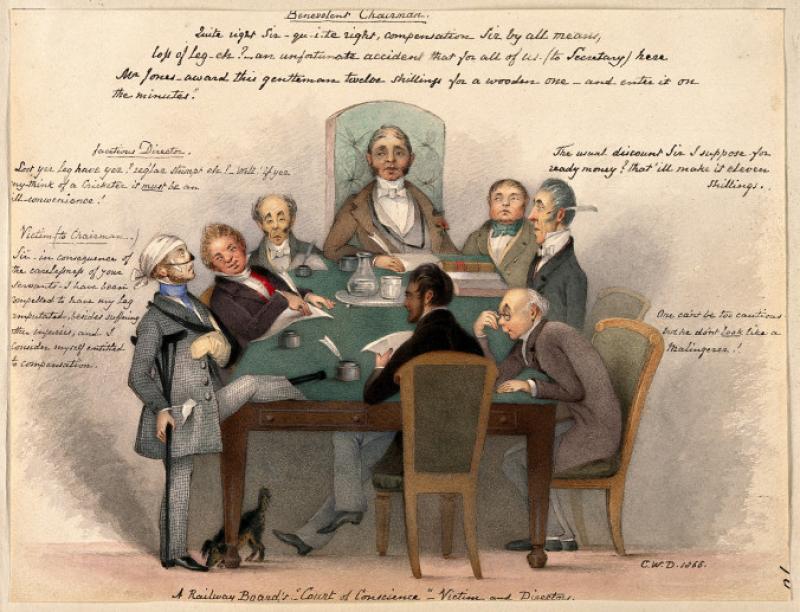 Science and the Mutual Improvement Society

Victorian Britain had hundreds, if not thousands, of societies devoted to the cause of self-improvement, many populated by aspiring working-class men (and, later in the century, women). Scientific discussion and debate was very important to these associations. This talk will focus on the little-known archive of their meetings records and the magazines that they produced, showing that these give us significant insight into how, why, and when societies discussed key scientific debates and development, and the ways in which scientific education was perceived as vital to the cause of mutual improvement.

This talk is delivered by Dr Lauren Weiss, whose PhD and postdoctoral research has focused on literary societies and mutual improvement magazines, and Prof Kirstie Blair, whose current research is focused on Scottish and Northern working-class literature and culture.

Psychiatric Injury and the Hysterical Woman

In this paper, we examine the development of the English courts’ approach to negligently-inflicted psychiatric injury claims from an historical perspective, first tracing the development of the English court’s approach to psychiatric injury claims. We then offer an overview of how mental injury has been understood over the past two centuries, and the notion of the hysterical woman within this framework. We posit the idea that the current law can be best understood as a sympathetic reaction to the notion of the ‘hysterical woman’. We argue that this approach can both explain the early resistance to recognising such claims, but also the enthusiasm for compensation in others. We further argue that the rather confused and conflicting approaches in English law can be understood as a result of the lack of a clearly developed normative basis for compensation. This failure, we suggest, has arisen as a result of the reactive nature of the way in which the law has developed, which has undermined the courts’ development of a more ethically coherent and reasoned approach. We argue that an understanding of the background to the current law can aid in improving the coherency of this area of law in the future.

Literature and Medicine in the Nineteenth-Century Periodical Press: The Literary Doctor in Blackwood’s Edinburgh Magazine

In the early nineteenth century, Edinburgh was the leading centre of medical education and research in Britain. It also laid claim to a thriving periodical culture. This paper explores the relationship between the medical culture of Romantic-era Scotland and the periodical press by examining the work of two key medically-trained contributors to Blackwood’s Edinburgh Magazine, the most influential and innovative literary periodical of the era. I argue that the Romantic periodical press cultivated innovative ideologies, discourses, and literary forms that both reflected and shaped medical culture in the nineteenth century. In the case of Blackwood’s, the magazine’s distinctive Romantic ideology and experimental form enabled the development of an overtly ‘literary’ and humanistic popular medical culture, which participated in a wider critique of liberal Whig ideology in post-Enlightenment Scotland. The construction of the surgeon, sentimental poet, and prolific Blackwoodian contributor, David Macbeth Moir (1798–1851), as a literary surgeon within the magazine is briefly examined. Samuel Warren’s seminal series, Passages from the Diary of a Late Physician (1830–37), is then read in its vexed original publishing context – the ideologically charged popular periodical press – in terms of its inception and reception, as well as its initiation of a new genre of popular medical writing. The paper concludes by reflecting upon the need to further situate the writings and reception of nineteenth-century literary doctors in relation to specific cultural and textual contexts to unpack both the history of medical humanism and the broader relationship between medical and literary cultures during this period.