‘Work peculiarly fitting to a lady’: Elizabeth Beckley and the early years of solar photography

The important role played by female photographic assistants in American astronomical observatories at the end of the nineteenth century is now well-known – and, indeed, has recently been popularised by Dava Sobel, in her 2016 book, The Glass Universe: How the Ladies of the Harvard Observatory Took the Measure of the Stars. These assistants carried out the tedious, but essential work of analysing images of stars and stellar spectra on photographic plates. Some of them became major pioneers of astronomy in their own right – notably Henrietta Leavitt, whose discovery of the period-luminosity law of Cepheid-type variable stars enabled Edwin Hubble and his successors to measure the distance scale of the universe. 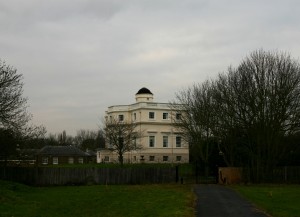 Less well-known, however, is the work of British astronomical photographer Elizabeth Beckley (c. 1846-1927), who took photographs of the Sun and analysed the results two decades before Edward Pickering established his team of female assistants at Harvard College Observatory. Elizabeth Beckley worked at Kew Observatory near London, where members of the British Association for the Advancement of Science had set up a ‘photoheliograph’, a small refracting telescope dedicated to photographing the Sun and its mysterious dark spots. In the 1840s, a German pharmacist and amateur astronomer called Heinrich Schwabe had discovered that the number of sunspots visible waxed and waned in a cycle of approximately ten years. Then, in 1852, soldier and geophysicist Edward Sabine found that variations in the Earth’s magnetic field rose and fell in a cycle that coincided exactly with Schwabe’s sunspot cycle. Sabine then persuaded the BAAS to build a dedicated solar telescope and set it up at Kew, where it would be used from 1858 to photograph the Sun every clear day in an effort to understand the interrelation between the sunspot and magnetic cycles.

Putting this plan into practice was not easy, especially as Kew Observatory had a very limited budget. The Kew photoheliograph used what was then the latest photographic technology, a process known as ‘wet collodion’, which enabled sharp images of the Sun to be taken using snapshot exposures lasting tiny fractions of a second. This process, however, was very labour-intensive: the photographic plates had to be prepared immediately before exposure and then exposed and developed while still wet. Therefore, two people were needed to produce solar images: one to aim the telescope and take the pictures, the other to prepare and develop the plates. Yet the observatory did not have sufficient funds to employ two people.

Enter Elizabeth Beckley. Still in her teens when she began photographing the Sun in the 1860s, Elizabeth was the daughter of Kew Observatory’s mechanical engineer, Robert Beckley – himself an important figure in the history of meteorology for his role in developing the Robinson-Beckley anemometer, the familiar device with whirling cups that measures wind speeds on the tops of buildings. In 1870, Elizabeth Beckley married George Mathews Whipple, an assistant at Kew Observatory who became its superintendent in 1876. They had two sons, of whom the eldest, Robert Stewart Whipple (1871-1953), became a noted scientific instrument collector and the founding donor of the Whipple Museum of the History of Science in Cambridge.

seems to be a work peculiarly fitting to a lady. During the day she watches for opportunities for photographing the Sun with that patience for which the sex is distinguished, and she never lets an opportunity escape her. It is extraordinary that even on very cloudy days, between gaps of cloud, when it would be imagined that it was almost impossible to get a photograph, yet there is always a record at Kew.

It is likely that Sabine had some part in employing Miss Beckley, for there is evidence that he wanted Robert Beckley himself to select an assistant to help him with the photographic work. It seems that Beckley, not having the money to employ a full-time assistant, used his daughter as casual labour. Significantly, Elizabeth Beckley’s name does not appear on any of the observatory’s annual salary lists. Yet a diary kept at Kew in the 1860s reveals occasional payments of £5 to ‘Miss Beckley’, suggesting that she was paid piecemeal.

Indeed, it is not difficult to imagine a father-daughter partnership at work in photographing the Sun at Kew. De La Rue’s article quoted here suggests that Elizabeth might have watched for precious intervals of clear sky and operated the photoheliograph, while her father prepared the plates and developed them after exposure. It is also possible, though, that this team effort worked the other way round, with the father taking the photographs and the daughter working in the darkroom.

In any case, this seems to be the earliest example of a woman being employed in the day-to-day work of astronomical photography. Although women did not have a recognised role in scientific photography in the 1860s, they were very active by then in the burgeoning field of commercial photography. Some prominent portrait photographers of the mid-nineteenth century were women – such as Julia Margaret Cameron, who took portraits of many prominent people of the time, including the elderly Sir John Herschel. Also, by the early 1870s, many assistants working in photographic studios were women.

Elizabeth Beckley’s work might therefore have reflected a contemporary trend, though her work as an astronomical photographer was pioneering in the 1860s – especially when we consider evidence that in addition to taking the photographs, she helped to analyse the results. Those results were used by the observatory’s director, Balfour Stewart, to make tentative correlations between planetary alignments and sunspot activity, and to effectively predict what we now call the ‘solar wind’, a flow of matter and energy from the Sun that causes ‘storms’ in the Earth’s magnetic field and displays of the aurora borealis or northern lights. Elizabeth Beckley’s photographic work played a direct role in establishing the modern science of solar-terrestrial physics.