The nineteenth century saw a proliferation of periodicals dedicated to natural history in its various forms, ranging from more general publications with titles such as the Zoologist or Naturalist, to those with a more specific focus, such as the Entomologist or Phytologist. These periodicals catered to a widespread taste for natural history, with men and women of all classes and levels of expertise taking an active part in the production of scientific knowledge. Writing in 1873, Charles Kingsley remarked that natural history 'has become a popular and common pursuit', no longer 'confined mainly to several scientific men, or mere collectors of shells, insects, and dried plants'. He also noted that 'we have, in addition to amusing books on special subjects, serials on Natural History more or less profound, and suited to every kind of student and every grade of knowledge'. In the first of a series of blog posts looking at these periodicals, profound or otherwise, the Zoologist is taken as an excellent example of this new kind of publication.

Beginning in 1843, the Zoologist was the project of the entrepreneurial scientific printer and publisher Edward Newman. Born into a Quaker family in 1801, Newman originally entered the rope-making business, but an early interest in natural history (and entomology in particular) led him to become a partner in the printing firm of George Luxford (1807-1854), of which he very soon became the sole owner. Residing in London, Newman was embedded within the networks of leading naturalists, and was a founding member of the Entomological Society of London in 1833. He published widely on a surprising range of topics, with his most respected work regarding butterflies and moths. However, Newman also turned his hand to other topics with varying degrees of success, notably an article (published in the Zoologist) in which he argued pterodactyls to be marsupial bats. 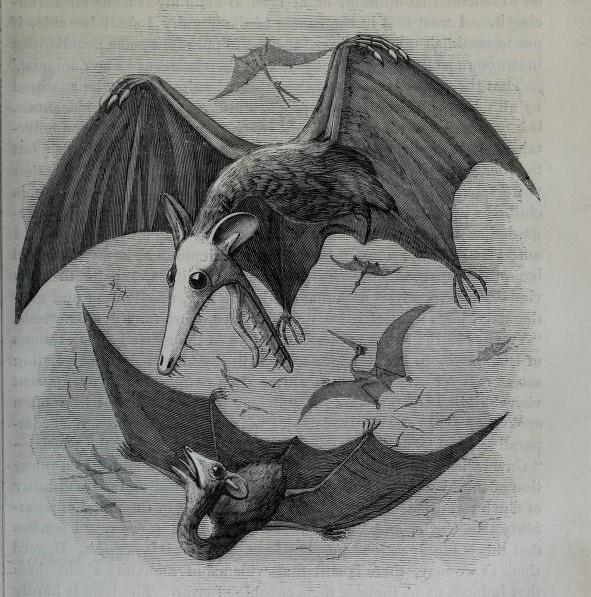 The Zoologist was described as 'a popular miscellany of natural history'. Rather than commission articles written by experts, the periodical relied entirely upon its readers to furnish it with material. The aim was explicitly to attract as wide a range of contributors as possible, which made sound commercial sense, but was also underpinned by Newman's own belief in a more inclusive scientific community. This ideology is reflected in Newman's vision for the new periodical, and his attempts to render it accessible to those without specialist knowledge. In the preface to the first volume, Newman stated 'the attempt to combine scientific truths with readable English has been considered by my friends as one of surpassing rashness', and he remarked that many had asked him to 'introduce a few Latin descriptions, just to give the work a scientific character'. Newman counters this with the example of Gilbert White's classic work of nature writing, the Natural History and Antiquities of Selborne (1789), a touchstone for almost every nineteenth-century naturalist. White had written in 'pure, plain, intelligible English', and thereby 'found ample favour in the eyes of the public'. Newman looked to the 'multitude of observers' who had arisen since the time of White, and hoped that this army of scientific workers could make the Zoologist a success, providing contributions spanning a far wider field than that of an eighteenth-century clergyman. 'I wish that every district should have a chronicler of its natural history, and that the Zoologist should be a receptacle for all'. 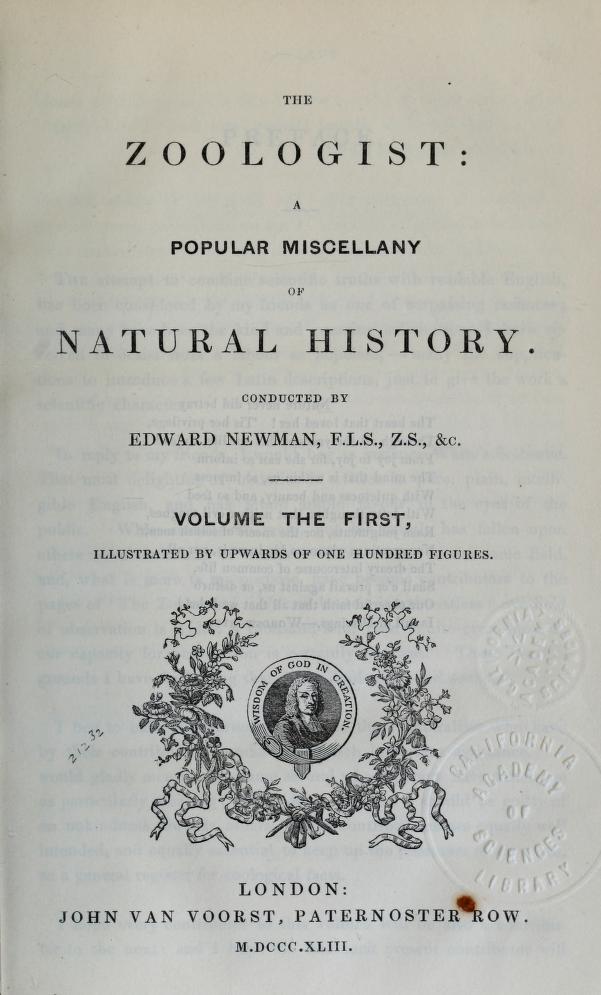 Title page for first volume of the Zoologist

Whether Newman's ideals translated into practice is another matter, but nevertheless, the Zoologist is one of many publications that offered a chance for naturalists to see their name in print, regardless of their social or scientific status. Newman proclaimed, 'every one who subscribes a single fact is welcome - nay, more than that - has a direct claim to be admitted as a contributor'. The lists of contributors at the beginning of each yearly volume show many leading naturalists alongside others of whom we know very little. The subject matter is equally eclectic, ranging from 'manners of the water rat', 'anecdote of a robin', and the intriguingly titled 'electric centipede'. The latter was written by Philip Henry Gosse (1810-1888), yet to gain his renown as a naturalist, detailing his discovery of a luminescent centipede in his garden in Hackney. Conversational in style and free of scientific terminology, it can be easily read and understood by anyone.

The Zoologist was by far the most successful of Newman's many publishing ventures, and one the most long-lived of all the nineteenth-century popular natural history periodicals. It continued after Newmans' death in 1876, surviving into the twentieth century and finally ceasing in 1916, presumably as many of its contributors were otherwise occupied at this time with more pressing matters than natural history.