The Quarterly Journal of the Geological Society of London (1845-1970) 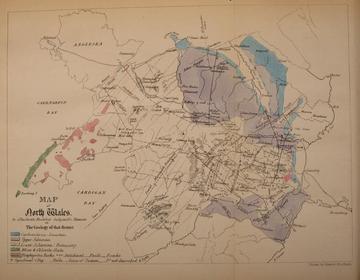 The Geological Society of London was founded in 1807, essentially as a dining club where gentlemen could meet to enjoy scientific conversation over a good meal (and plenty of drink). As membership grew, meetings gradually became more formal and focussed upon the presentation of new research. These papers had previously been published in the Transactions of the Geological Society of London (1811-56), which were at first privately funded by wealthy members and later (from 1822) financed by the society itself. The Transactions never sold sufficiently to cover the considerable cost of their production, and furthermore, publication was slow and irregular, significantly delaying important work in reaching a wider audience. It was therefore resolved by the Geological Society's governing council that a more consistent and frequent form of periodical was necessary. 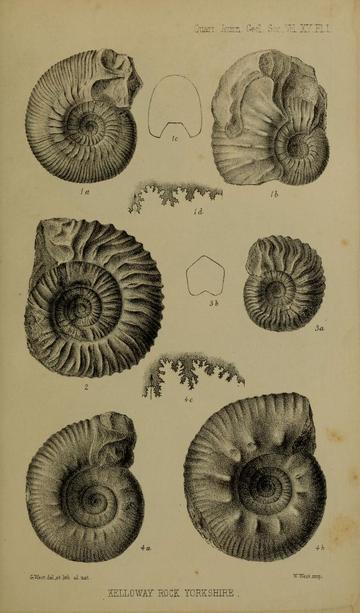 The contents of the Quarterly Journal were very different from the more popular science periodicals published during the nineteenth century. The Quarterly was clearly not intended to be read by a non-specialist audience, as the papers feature technical details and language that would be impenetrable to the uninitiated. Membership of the society was limited to men only (women were permitted to join from 1919), and a strict election process and admission fees were difficult barriers to entry for all but a wealthy social elite. Geology was considered to be one of the most exciting and controversial sciences during this period, as the discovery of fossils and new theories about the processes shaping the Earth led to different ways of thinking about deep time. Stratigraphy, the study of rock layers, was a particularly common subject and most of the illustrations included in the journal are maps and diagrams showing the distribution of different rock types within a certain area. Among the many leading figures who regularly featured in the Quarterly Journal was Richard Owen (1804-92), the man best remembered for his instrumental role in establishing the London Natural History Museum and coining the term 'Dinosauria'.

The Geological Society continues to publish its own journal, though the word 'Quarterly' was dropped from the title in 1971. 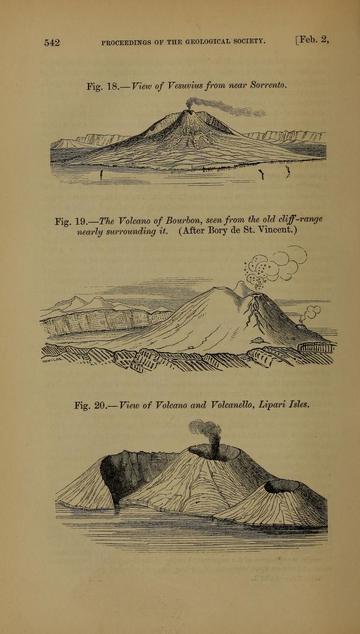