The Midland Naturalist: The Journal of the Associated Natural History, Philosophical and Archaeology Societies and Field Clubs of the Midland Counties (1878-1893) 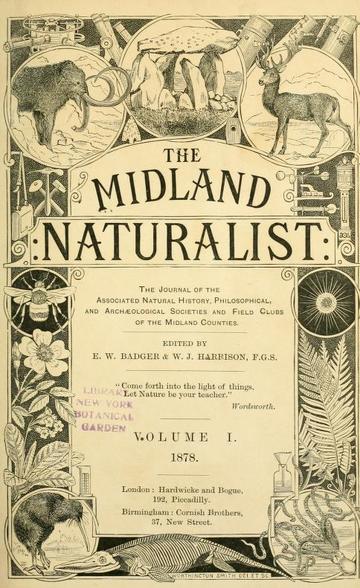 In 1876, natural history societies and 'field clubs' from across the British Midlands (and parts of Wales) formed into a network named the Midland Union of Literary and Scientific Societies. Gatherings of dedicated naturalists became increasingly common during the second half of the nineteenth century, with almost every city and large town possessing its own band of enthusiasts. The Midland Union included larger organisations such as the Birmingham Natural History and Microscopical Society and the Leicester Literary and Philosophical Society, but also smaller groups such as the Evesham Field Naturalists' Club and the Tamworth Natural History, Geological, and Antiquarian Society. As their names suggest, the interests of these societies were wide-ranging, but all shared an interest in meeting on a regular basis to present their work, discuss the latest findings, and simply enjoy the conversation of like-minded individuals. During the summer months, excursions were made into the local area to explore its flora, fauna, and sites of geological or antiquarian interest. 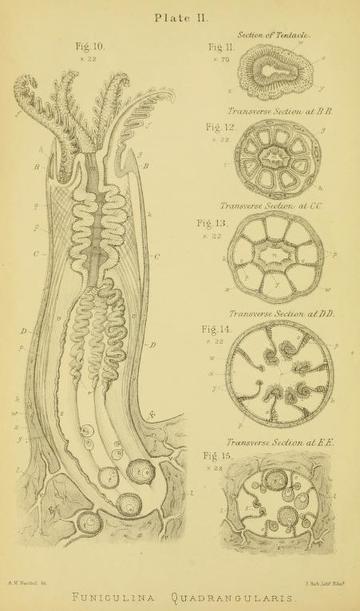 The Midland Naturalist was, in many ways, a natural extension of the activities undertaken by the Midland Union's consistent groups. Its stated aims were to provide 'opportunities for personal intercourse among the members', to 'record the more important work done by them; announce their forthcoming meetings; and assist in the interchange of notes and specimens'. Through this combined effort, the natural history of the Midland counties would be efficiently and exhaustively surveyed, advancing scientific knowledge at both a local and national level. 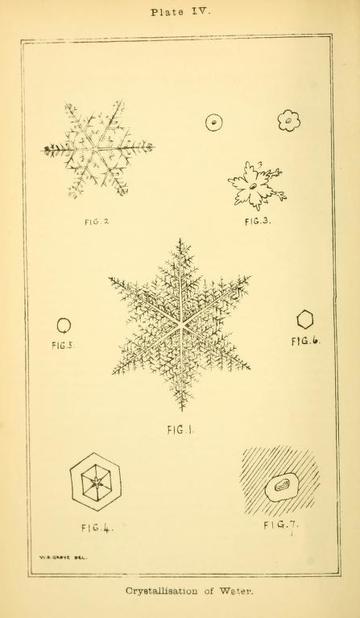 The Midland Naturalist is notable for its striking and detailed title page, by the illustrator and mycologist Worthington George Smith (1835-1917). The image combines animals, plants, and instruments that symbolise each branch of science pursued by the Union. The mammoth and red deer at the top represent the study of animals, respectively those recently extinct and still living, while the skeleton of the ichthyosaur at the bottom stands for paleontology. Microscopes and telescopes suggest a focus on the near and far, while other pieces of equipment depicted are a geological hammer, a barometer, and a vasculum (a container for plant specimens).