The Gardener's Magazine and register of rural & domestic improvement (1826-44) 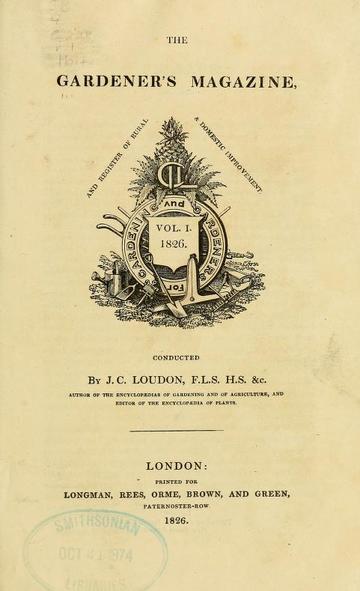 The Gardener's Magazine was edited by John Claudius Loudon (1783-1843), a Scottish botanist and influential garden designer. Loudon also edited the Magazine of Natural History (1828-1840), though there are significant differences between the two periodicals. Gardening was becoming an increasingly popular pastime in the nineteenth century, and new techniques and plants were being introduced to Britain from around the world. As Loudon wrote, 'in an art so extensively practised as gardening, and one daily undergoing so much improvement, a great many occurrences must take place worthy of being recorded'. He hoped that the magazine would 'put gardeners in distant parts of the country on a footing with those of the metropolis [London]', which was at the cutting edge in terms of developing new methods of cultivation. 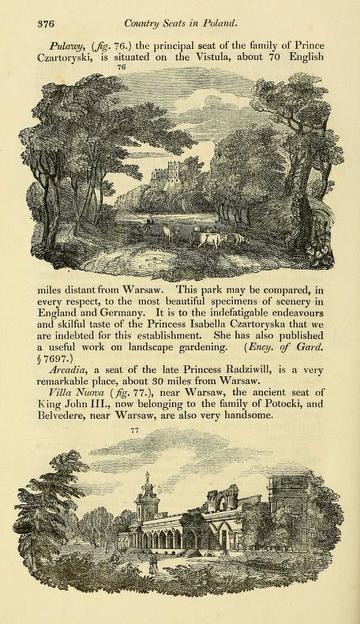 The Gardener's Magazine was aimed at a wide readership of those interested in horticultural pursuits, including professional gardeners and their wealthy employers, keen amateurs who wished to improve their skills and knowledge, and 'country labourers' growing their own fruit and vegetables. All aspects of gardening were covered, ranging from the basic  cultivation of plants to the more elaborate theories of design and landscaping. As with many natural history periodicals, the Gardener's Magazine relied on contributions from correspondents to fill its pages. These individuals varied greatly in their circumstances, such as a 'jobbing gardener' struggling to make a living in Hackney, numerous men working on the estates of dukes or earls, and Isaac Oldacre, gardener to the Emperor of Russia.

The advertisement sections of the Gardener's Magazine point to the increasingly commercialised nature of gardening, as entrepreneurs sought to profit from the increased interest in horticulture by selling new varieties of fruit and flowers, alongside the very latest in specialist equipment. The periodical is illustrated throughout with images of exotic plants, useful implements, and depictions of beautiful gardens.