ConSciCom is very excited to introduce our new podcast series, The Conversationalist, an audio programme modeled on the Victorian tradition of 'conversazione,' public events that brought together science, arts, and the general public. At this podcast cocktail party, we invite experts on the history of science to tell us intriguing tales from the past that reveal how scientific knowledge has developed and changed and how ordinary people have contributed to scientific discovery.

Just as natural knowledge had been part of the coffee-house culture in the eighteenth century, so, in the Victorian era, science operated in the public gaze. The conversazione, Italian for conversation, was one of the principal forums where the Victorian public came together to discuss and learn about the latest scientific discoveries and advancements. Held in public spaces such as town halls and scientific institutes, they were a panoply of nineteenth-century urban middle-class life, displaying the civic pride of bustling provincial town and cities or the regal refinement of metropolitan institutions like the Royal Society. 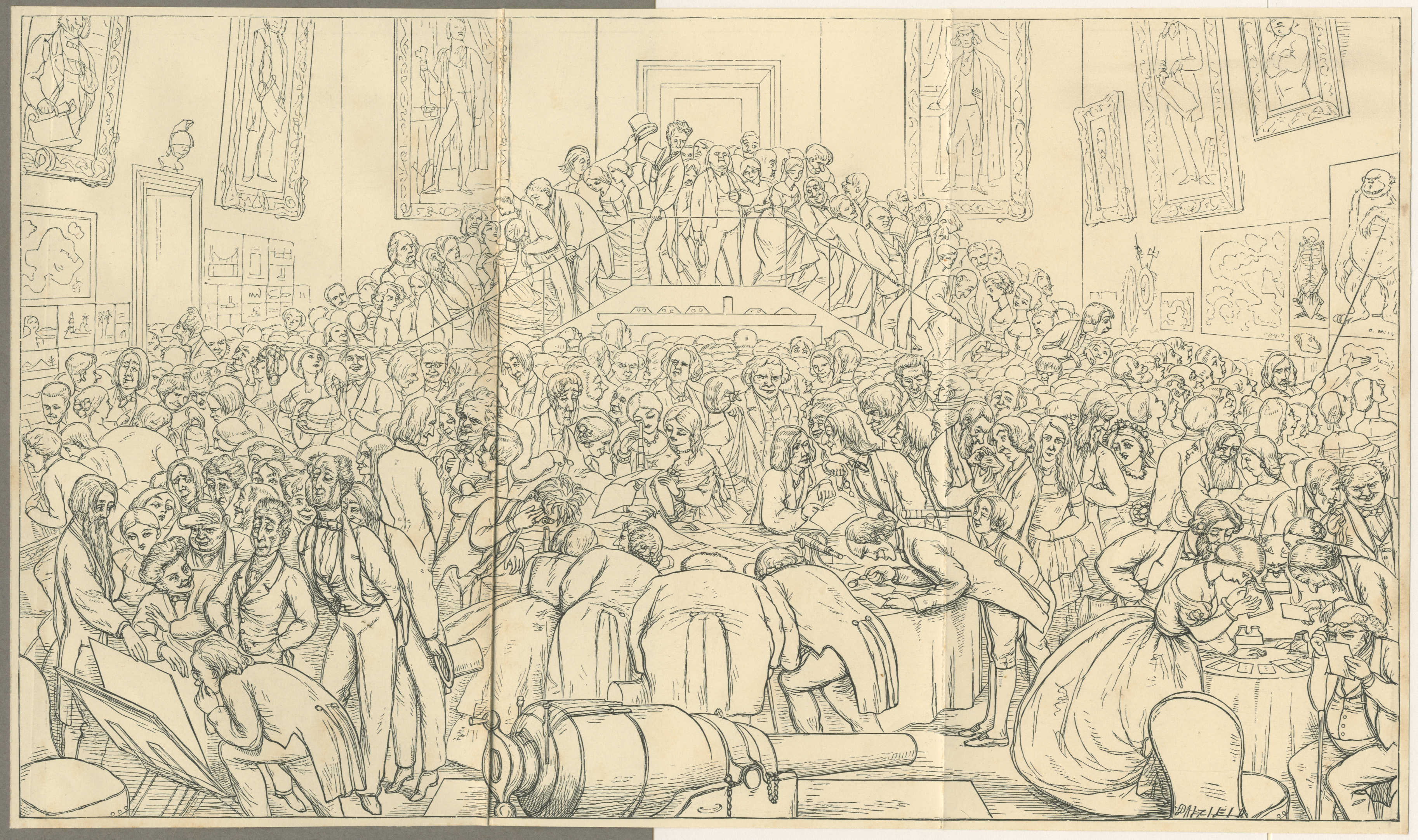 In this wonderful wood engraving by the Victorian illustrator Richard Doyle, entitled 'Conversazione: Science and Art,' we witness 'literary lions, artistic celebrities, famous lecturers upon science, distinguished inventors in mechanics, discoverers of planets' who all 'talk to one another, exchange ideas, or criticise some new invention, or drink tea' (no cocktails here!). In a grand room 'fitted up with all kinds of curious, interesting, and instructive objects,' a 'traveller is expounding, with the aid of a plan of the bones, and a full-length portrait of the creature in a complete state, the manners, customs, and personal appearance of the very latest discovery in natural history,' while portraits of 'the last thing out in the way of pre-Adamite monsters are also to be seen, being a portion of one toe, in a fossil state, of a new species of megatherium—very rare.' There are also 'microscopes through which you may gaze at the wondrous beauties to be seen in the foot of a frog,' and there is 'an electric battery in one corner of the room, at which ladies and gentlemen may be shocked as much as they like' (Richard Doyle ‘Conversazione: Science and Art’, Cornhill Magazine 6 (1862), 269–70).

Such events were at times eclectic and mesmerising and at times bizarre and boring. In our (eclectic and mesmerising!) first episode of The Conversationalist, we discuss conversazione with Professor Sally Shuttleworth and Professor Gowan Dawson. We ask what conversazione reveal about Victorian culture and science and also what we can learn from them today. And at the end of each episode, we check in with our podcast bartenders for a recipe or a story about the food and drink that so often sustained the vibrant conversations that characterised Victorian conversazione.