Science has escaped from the laboratory. It lives on our television screens and newspaper pages. Much of this modern, capital ‘S’ Science, is conducted using very big and very complex scientific instruments; the Large Hadron Collider and the European Extremely Large Telescope announce their importance in their names. These instruments spew out vast streams of data. When the Large Hadron Collider fires up, the flow of data pouring from its sensors is so overwhelming that 95% of it is discarded immediately. One response to all this modern science - and the data it produces – is to widen participation. There are many scientific jobs that are too complex for even our cleverest computers, so many in fact that we do not have nearly enough scientists to do them. And so people have been brought in. Or more accurately, brought back in. People are increasingly not just consuming modern science; they are also producing it.

People, in that aggregated and collective sense, have much to offer. It turns out that crowds can be fantastically accurate at classificatory tasks; because they can surround and overwhelm the classification, as it were, with sheer numbers. The aggregate responses of many eyes on a problem can be much more accurate than a singular classification from even a highly trained individual.

People also have much to offer science as individuals. Not people at large, in the crowd, aggregating classifications, but concrete and specific persons, at home in their pyjamas. This is because of the human ability for pattern recognition. Clouds form into faces for us quite naturally and it’s this ability, essentially for abstraction, that allows much of our higher level human behaviour: metaphor and irony for example, depend on these subtleties of abstraction. Humans can scan and assess data in ways that are not yet possible for machines.

So people at large can often beat the professional, in classification at least. And humans at home have the edge over machines in abstraction. There is something else that people - as opposed to professional scientists - can bring to science: the outsider’s eye. Sometimes an outsider can look beyond a person skilled in the art to recognise something that would otherwise have fallen through the cracks, or become an un-investigated part of the furniture. In science, as in life, some problems and questions will inevitably fall out of view, partly because the number of questions is infinite and partly because of the way science is organised. It often takes an outsider to spot the breakthrough hidden in plain sight.

The Zooniverse is one of the key groups exploring how people can participate in science more fruitfully. The Zooniverse plays host to a constellation of research galaxies, their 1.3 million online volunteers working on everything from apes to asteroids and biodiversity to astrophysics. Some of these volunteers are even dealing with the 95% data coming from the Large Hadron Collider which would otherwise be scrapped.

Several challenges remain in widening participation in science. The key problems relate to motivation and mobilisation; and optimisation of participation. It is here that turning to history can help. The first point to be taken from history is one of perspective. A broad range of people spent much of the nineteenth century recording measuring and observing the world. In many disciplines they never stopped; biodiversity studies, for instance, continued to rely on these amateur contributions throughout the twentieth century. The exclusion of the amateur from science has been a relatively recent and patchy process, in some areas never occurring. Taken across the long run of history – and bearing in mind that the word ‘scientist’ was only coined in the 1830s, and little used until the end of the century – people powered science is the more usual mode of research. The laboratory-closeted and white-coated professional scientist, on this view, looks like a mid-twentieth century historical anomaly. Laboratory science, likewise, comes to seem more like a specialist pursuit, than a defining feature of the accumulation of scientific knowledge. Looking to history also gives us chances to experiment, in a restricted sort of a way. We can conducted comparative analysis with what looks like a ‘different country’, to use L. P. Hartley’s lovely phrase. In a sense, history is a fact-finding trip; a cross national comparison. Lastly there is much to be found in the historical record by way of apt attitudes and ideals on which to base the new move to open up science. If the modern move to get people doing science began with a practical desire to better use data, it also holds out the possibility of radically reforming, opening up, and democratising science. 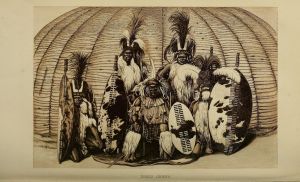 In the nineteenth century natural history was a fantastically popular past time. British drawing rooms were filled with microscopy kits and chemical tricks. Armies of men and women of all classes scoured the countryside searching for botanical or entomological specimens and fossils. This activity was not merely idle recreation. The discoveries of this army of natural historians were a well-spring of information for more formal scientific practice. It was these amateurs that Darwin turned to when gathering evidence for On the Origin of Species, and it was the observations of these scientific enthusiasts which powered the meteorological and entomological surveys of the day. When it is announced that today was the hottest or coldest or wettest day, “since records began”, the beginnings of those records were things that ordinary people, rather than professional scientists, produced. 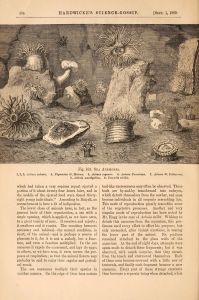 So what would an appeal to this history look like in practice? Figures such as Eleanor Anne Ormerod are a good place to start. Ormerod was a hugely important figure in Victorian applied entomology. She was close friends with Joseph Dalton Hooker, Director of Kew and confidant of Charles Darwin, and well known to "Darwin’s bulldog", T. H. Huxley. Ormerod was an insider of the Victorian natural science movement. Yet her work – which is now barely known – was very different to the experimental focus of that movement. Ormerod was involved in research that was large-scale, collaborative, observational and distributed. From 1878-1901 she published a yearly report of the insects attacking crops in the country along with tips on how to deal with them. The substance of the reports were thousands of letters sent to Ormerod by a network of amateur entomologists, botanists and meteorologists across the country.

Ormerod managed her networks. She conducted a great deal of what we would call outreach or impact work. She talked often in public and held entomological soirees at her home. She subsidised the cost of her publications so they could be distributed cheaply.  Often she gave them away. Ormerod was fierce in the attribution of credit to her observers. Their names were recorded in each report as their observations were used. Throughout the reports she was respectful of the expertise of each of her observers; whether they were professional entomologists or cow herders. Ormerod recognised that rather than dealing with substandard scientific expertise she was in fact calling upon a broad range of different types of expert. These concerns about motivation, expertise and attribution are being grappled with today by the Zooniverse.

The ConSciCom project (conscicom.org) will be investigating these historical links to the Zooniverse’s work today, over the next three years. However, the latest development on the project sees the Zooniverse’s citizen scientists working as historians. A new Zooniverse project, Science Gossip (sciencegossip.org) developed with Geoffrey Belknap, the ConSciCom project and the Biodiversity Heritage Library, will allow citizen scientists to explore the journals used by enthusiast natural historians in the nineteenth century. One journal in particular, Hardwicke’s Science Gossip, was a hot house of popular natural history exchange, and as the title suggests, gossip. Twenty-first century citizen scientists have been pouring over this journal’s pages and several others and teaching us about how images were constructed and published.

To find out more about citizen science and history join the ConSciCom team at the Royal Society, London on 21st May for ‘People-powered science: citizen science in the 19th and 21st centuries’.

Berris Charnley is a researcher with the ConSciCom project based at St Anne’s College, University of Oxford.