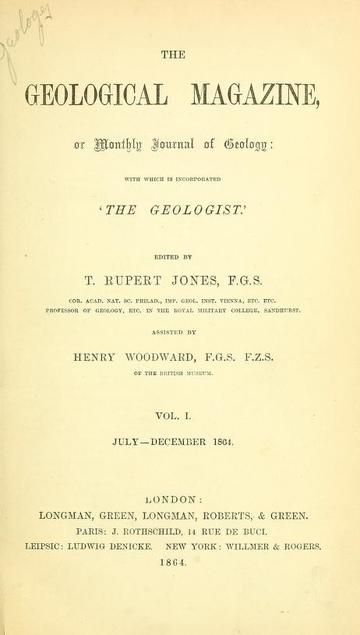 The Geological Magazine incorporated a previous periodical, the Geologist (1858-64), which had struggled in attaining sufficient circulation to ensure its financial sustainability and was consequently sold by its publisher. Its new owners, Longmans and Co., changed the title and instated the palaeontologist Thomas Rupert Jones (1819-1911) as editor. The magazine became a significantly different publication, as it was no longer a 'popular' periodical that invited contributions indiscriminately from its readers. The majority of the contents consisted of original scientific 'memoirs'—long essays—written by recognised geologists who were fellows of the Geological Society of London. It was nevertheless intended as a 'public' journal of geology, presenting the 'best work from the best men' to a wider audience who may not have followed all its technicalities but nevertheless wished to keep abreast of the latest discoveries. There was a widespread appetite for work on geological subjects during the nineteenth century, and fossils provoked particular excitement among many. Furthermore, it gave established geologists another outlet for their work. Publishing research in the Quarterly Journal of the Geological Society of London was a slower process (as the title implies, this periodical was only issued four times a year), and less widely circulated than the more commercial Geological Magazine. 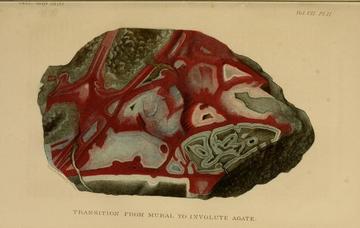 The Geological Magazine was not entirely exclusive, however, nor was it the preserve of men only. In 1867, it published an article by 'Miss Lynton' on 'an old lake basin in Shropshire'. Charlotte Lynton (1839-1917) is not a well-known figure in the history of geology, and it is difficult to find extensive information about her life, but it is notable that she later wrote a short book on the geology of North Shropshire that was published in 1869 by Robert Hardwicke (of Hardwicke's Science-Gossip fame).

The Geological Magazine proved successful, reaching a monthly circulation of 1000 copies. It has since evolved to become a peer-reviewed journal for the publication of research carried out by professional geologists. 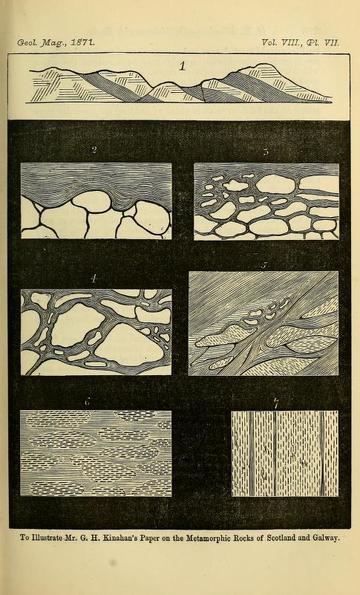