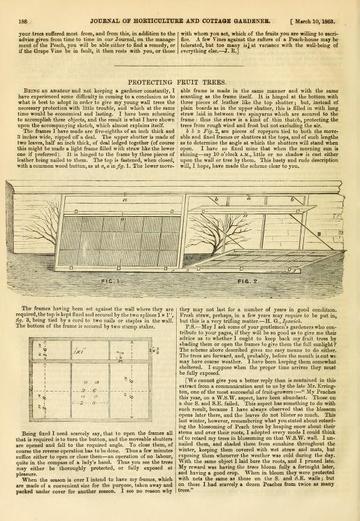 The Journal of Horticulture was edited by George William Johnson (1802-86), a writer on gardening subjects, and Robert Hogg (1818-97), a nurseryman and botanist (specialising in pomology, the cultivation of fruit). It was a retitled version of an earlier periodical, the Cottage Gardener, which began in 1849 and went through various changes and additions to its name before becoming the Journal of Horticulture in 1861. Each alteration reflected an attempt to capture a wider readership. The original title suggests the magazine was aimed at an audience of country labourers with small gardens, but it apparently became very popular 'among professional gardeners and the gentry who delight in gardening'. The editors put the question of the title to a public vote, inviting their readers to write letters expressing their opinion of the proposed new title. Many were against such a change, but despite this opposition, the rebranding went ahead regardless. 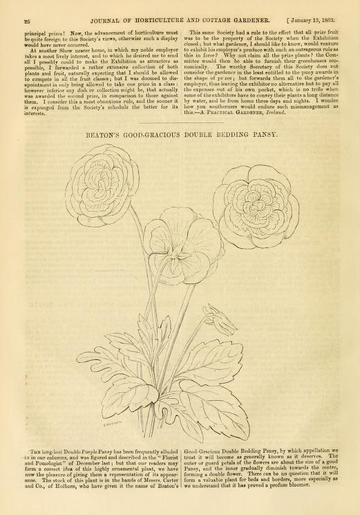 Although the Journal of Horticulture gave plenty of advice regarding flowers and other less utilitarian aspects of gardening, it was chiefly concerned with the practical details of cultivating plants that produced fruit and vegetables, and by extension, the keeping of food-producing animals such as bees or chickens. The diagnosis, prevention, and cure of the numerous diseases suffered by poultry are a commonly recurring subject. It was published weekly, and regularly featured a columns entitled 'Work for the Week'. These articles instructed readers as to what needed doing in their gardens within the next seven days, according to the seasons and weather, such as pruning roses or sewing broccoli seeds. The journal was illustrated throughout with woodcuts, a relatively inexpensive form of printing images. Most of these depicted types of produce, or specialist equipment, or provided visual aids and diagrams to accompany instructions on gardening techniques.

The Journal of Horticulture underwent seven further amendments to its title before finally ceasing publication during the First World War. 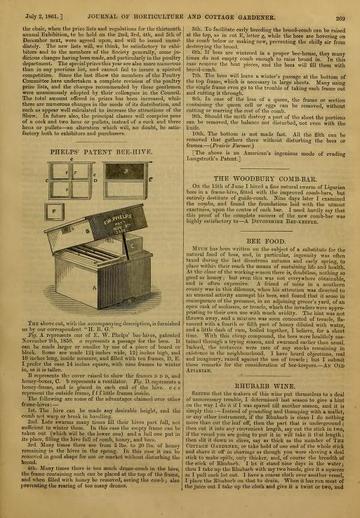