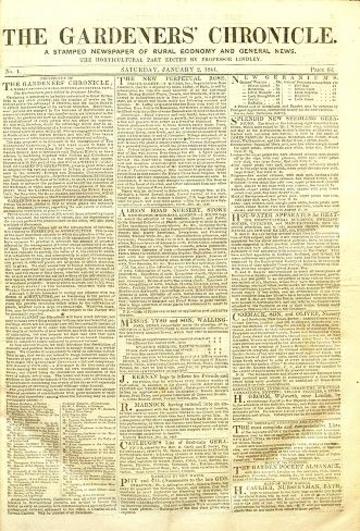 The Gardener's Chronicle differs from other science periodicals in that it resembles a newspaper rather than a magazine, being printed in three columns and published on a weekly basis. It was co-founded by John Lindley (1799-1865), Joseph Paxton (1803-65), Charles Wentworth Dilke (1810-69) and the printer William Bradbury (1800-1869).  Lindley was Professor of Botany at University College London, and became the periodical's first editor. Paxton had been made head gardener of the Chatsworth Estate in Derbyshire at the age of twenty, and went on to be a pioneer in the design of greenhouses, cultivating the Cavendish banana (named after his employer, the Duke of Cavendish), which has become the most commonly consumed variety of banana in the Western world.  Paxton would later go on to design the Crystal Palace of the 1851 Great Exhibition. 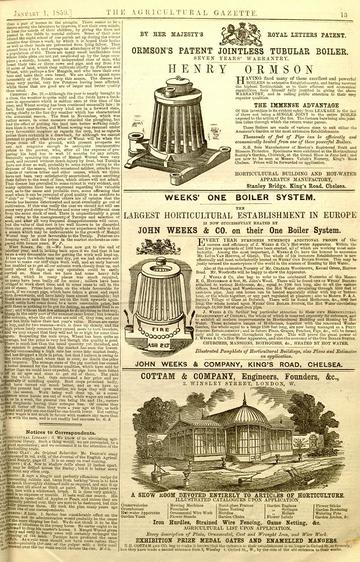 The Gardener's Chronicle attracted readers with a variety of interests beyond that of gardening. Notably, Charles Darwin regularly browsed its columns and contributed material on several occasions. In the years preceding his publication of the Origin of Species in 1859, when he was still gathering evidence to support his theories, he wrote numerous letters requesting information. For example, he asked if seeds could germinate after prolonged exposure to the salt in seawater, as he attempted to explain how similar plants could occur in regions separated by oceans. Periodicals such as the Gardener's Chronicle, with their wide circulation and policy of printing letters from readers, allowed Darwin and others to seek out the expertise of individuals who would otherwise have remained unknown to them. Nineteenth-century science relied on such informal networks of correspondence, and periodicals greatly expanded the number of people a single letter could address. Much of Darwin's research was therefore done from the relative comfort of his writing desk rather than out in the field.

The Gardener's Chronicle survived under this title for almost 150 years, before being subsumed into the Horticultural Week in 1985. 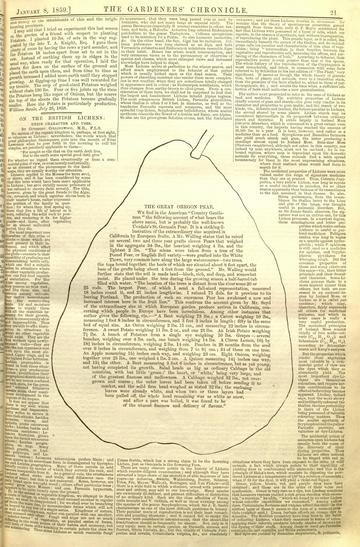